Why would you burn a wildlife sanctuary?

On March 5, 2020, we executed a prescribed fire at Bolivar Flats Shorebird Sanctuary with our friends at US Fish and Wildlife Service and Texas Parks and Wildlife Department. 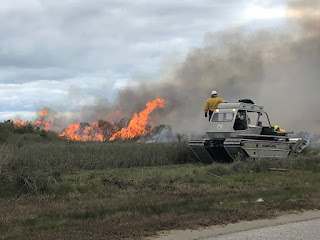 When planning a prescribed fire, one becomes somewhat of an amateur meteorologist. There are multiple factors, both environmental and anthropogenic, that must fall into place to safely and efficiently conduct a prescribed burn, but first, why would we want to burn a wildlife sanctuary? 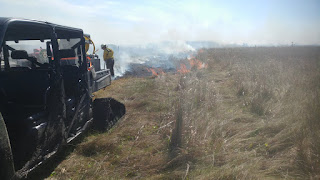 Most ecosystems in Texas, along with their assembly of plants and animals, have evolved with regular disturbance from wildfires. Historically, these fires were started by lightning strikes and carried across the landscape until they fizzled out. Native Americans would even set fire to large swaths of prairie to encourage the supple, nutritious, new shoots of warm season grasses to sprout, thus attracting herds of Bison, Deer and Antelope. 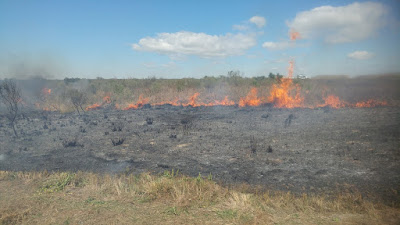 Until only recently, in the last 200 years or so, has fire on the landscape been suppressed. Forest understories are thickly overgrown, prairies have become shrub lands, invasive species are altering ecosystems, and the threat of more severe wildfires has increased due to the build-up of unburnt fuel. Some species like the Black Rail, which has recently been proposed for listing under the Endangered Species Act, are seeing their habitat in the coastal prairies and marshes developed or degraded by lack of management that their populations are declining. 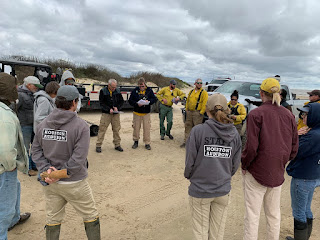 Houston Audubon, in partnership with Texas Parks and Wildlife and U.S. Fish and Wildlife Service, recently set out to restore this historic fire regime to Bolivar Flats Shorebird Sanctuary on the Bolivar Peninsula. A burn plan was developed and necessary permits acquired. Fire breaks were constructed using a Marshmaster, a “tank-like” mowing machine on tracks, to contain the fire to a specific area, and fire crews were put on notice. When weather conditions were favorable, an army of Houston Audubon, TPWD, and USFWS crews assembled with a fleet of Marshmasters, UTV’s, and fire engines to put fire on the ground. 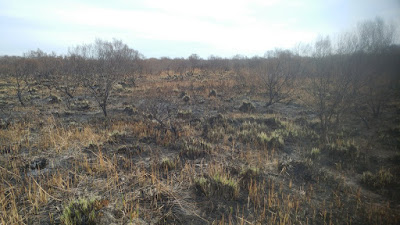 It was the first time Houston Audubon has used prescribed fire as a habitat management tool. In all, a patchwork of about 100 acres was burned.  A “patchy” burn is ideal as it creates safety zones for any wildlife unable to completely escape the fire. In the end, we achieved our goals of reducing hazardous fuel loads, reducing woody vegetation in a coastal prairie system, and beating back invasive species like Macartney Rose. Prescribed fire is an extremely useful tool that Houston Audubon plans to use more frequently in the future.